How to Make Medicinal Mushroom Teas 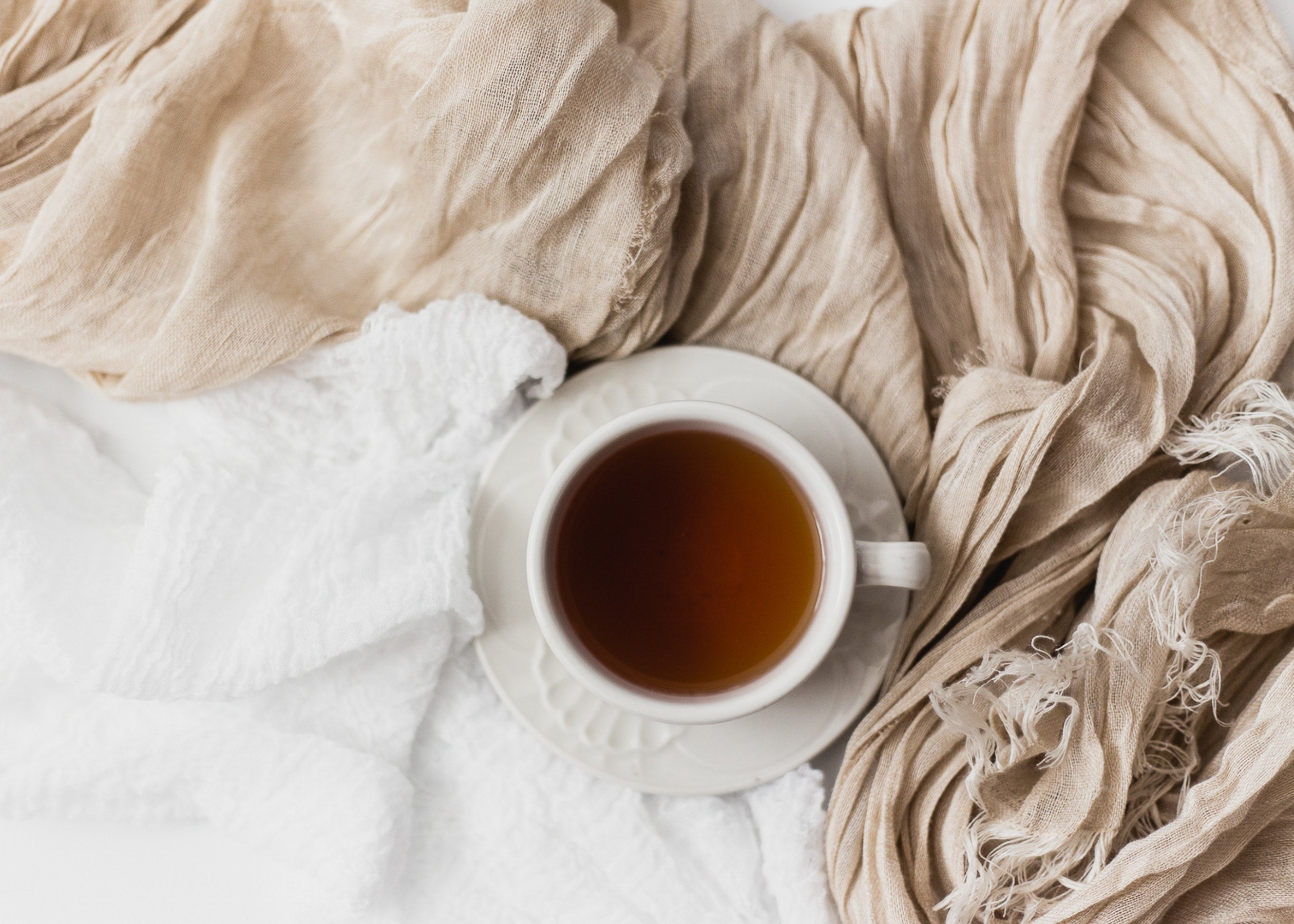 Medicinal mushroom teas are a great and super easy way to start incorporating mushrooms into your diet. With a plethora of mushrooms to choose from, and more becoming popular every day, it can be hard to delve into the world of medicinal mushrooms and decide which ones are suited to your needs. 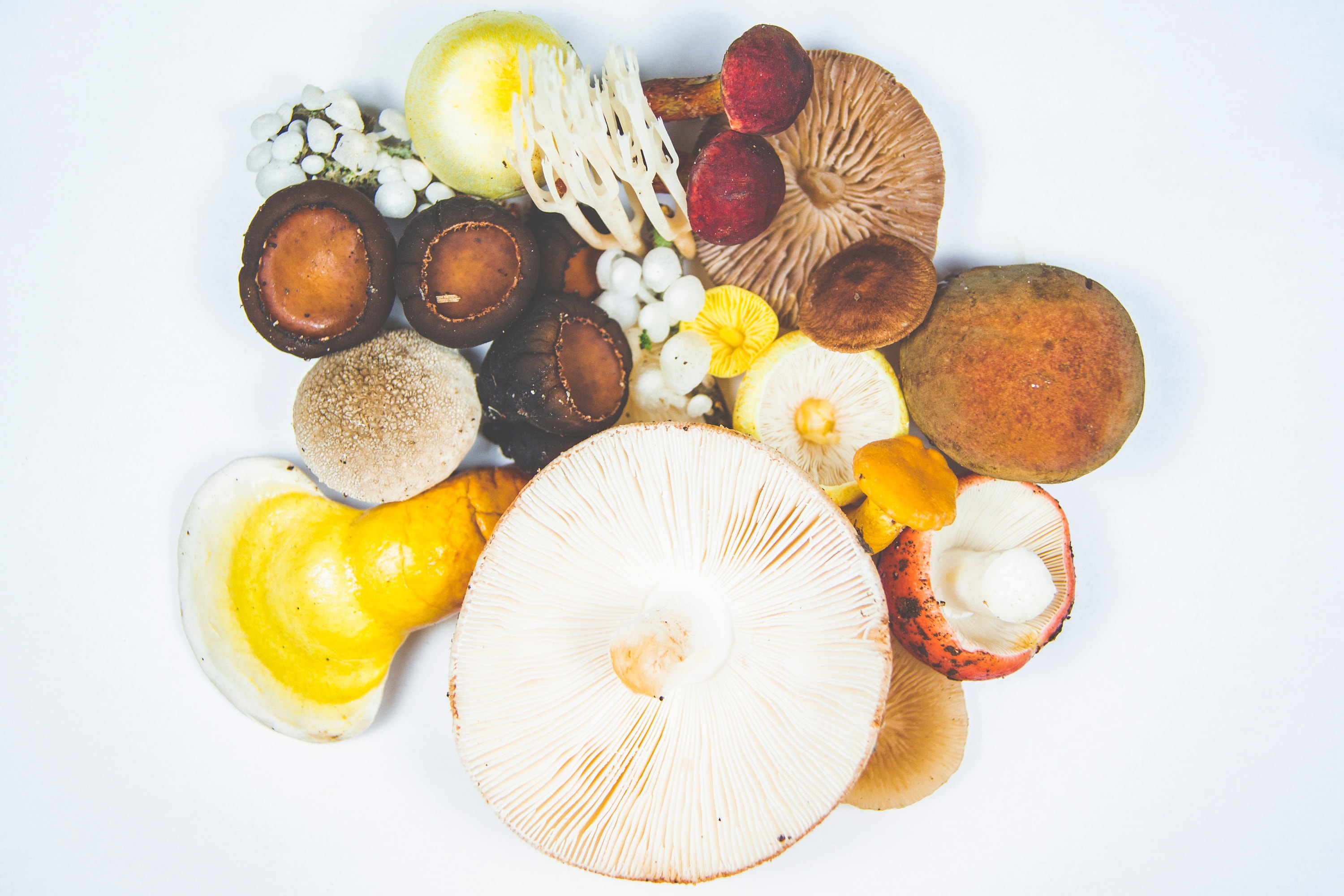 Western culture is just now beginning to accept mushrooms as a part of holistic health and preventative medicine, but in Asia, for centuries, if not millennia, mushrooms have held an integral role in health care. Although there are dozens of mushrooms you can use, today we will highlight some of our favorite mushrooms and their health benefits. 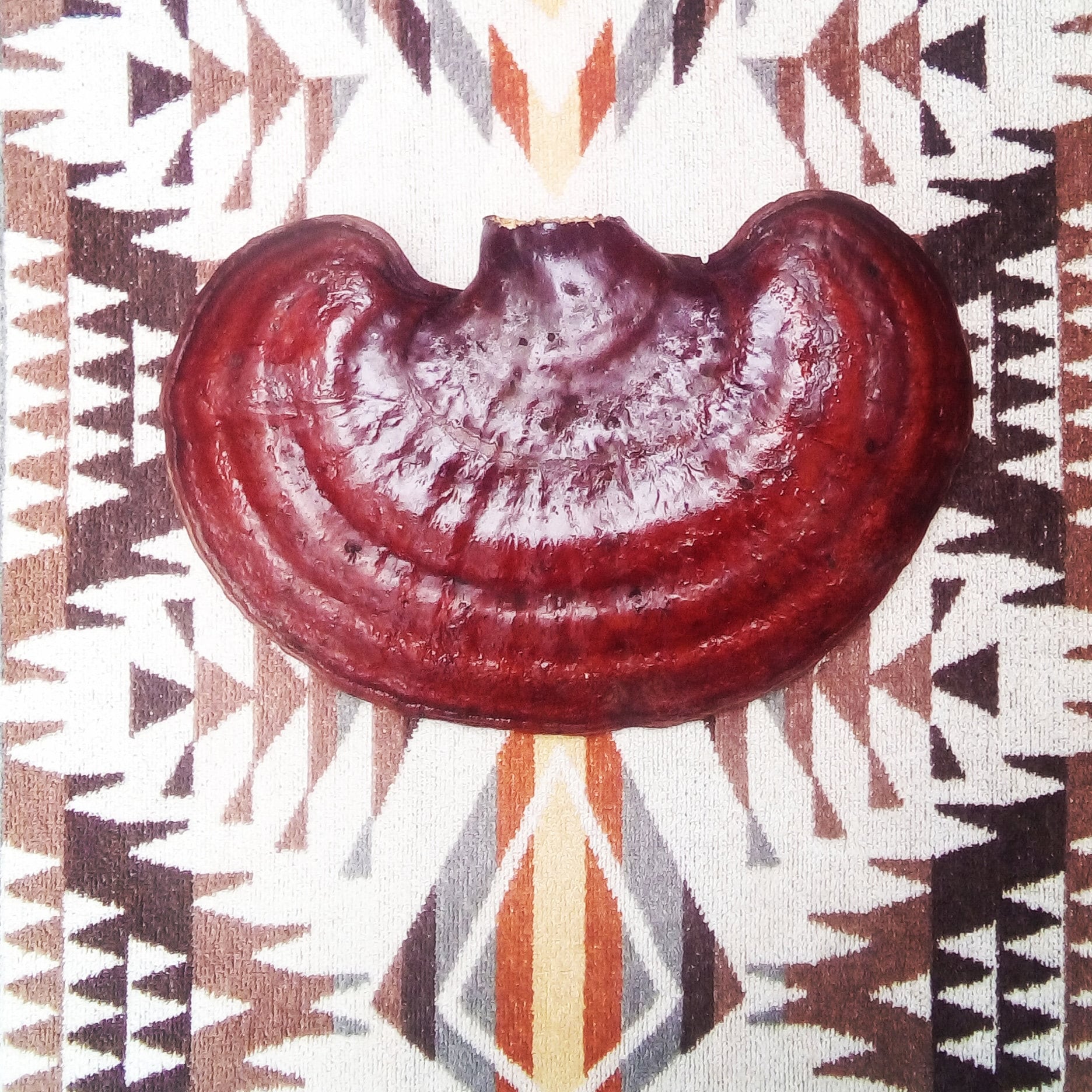 Reishi ( also known as Lingzhi) is the common name which often refers to the Ganoderma complex of mushrooms, which contains dozens of species around the world- some accounts put this figure around several hundred. The Ganoderma family is a well documented and studied group of mushrooms- also the most widely consumed in the world. There is much debate in the scientific community regarding whether these mushrooms are one mushroom which has adapted and evolved to fit a niche in each habitat where it is present, or whether they are subspecies, but one thing that isn’t debated is the health benefits of these mushrooms. Reishi has been consumed for millennia in Asia and is gaining rapid popularity as an adaptogen in Western holistic medicine.

Reishi helps immune system function as well as helps fight off viruses. Reishi also helps lower blood pressure and reduce inflammation- making it a great mushroom to take for any inflammation related condition such as chronic pain or even nasal inflammation associated with allergies. Reishi increases antioxidant activity in the body, and help regenerate liver cells allowing the liver to detoxify foreign substances more quickly. Studies have shown reishi to slow and even inhibit the growth of cancer cells in laboratory tests. Reishi is also used to boost physical and cognitive energy. 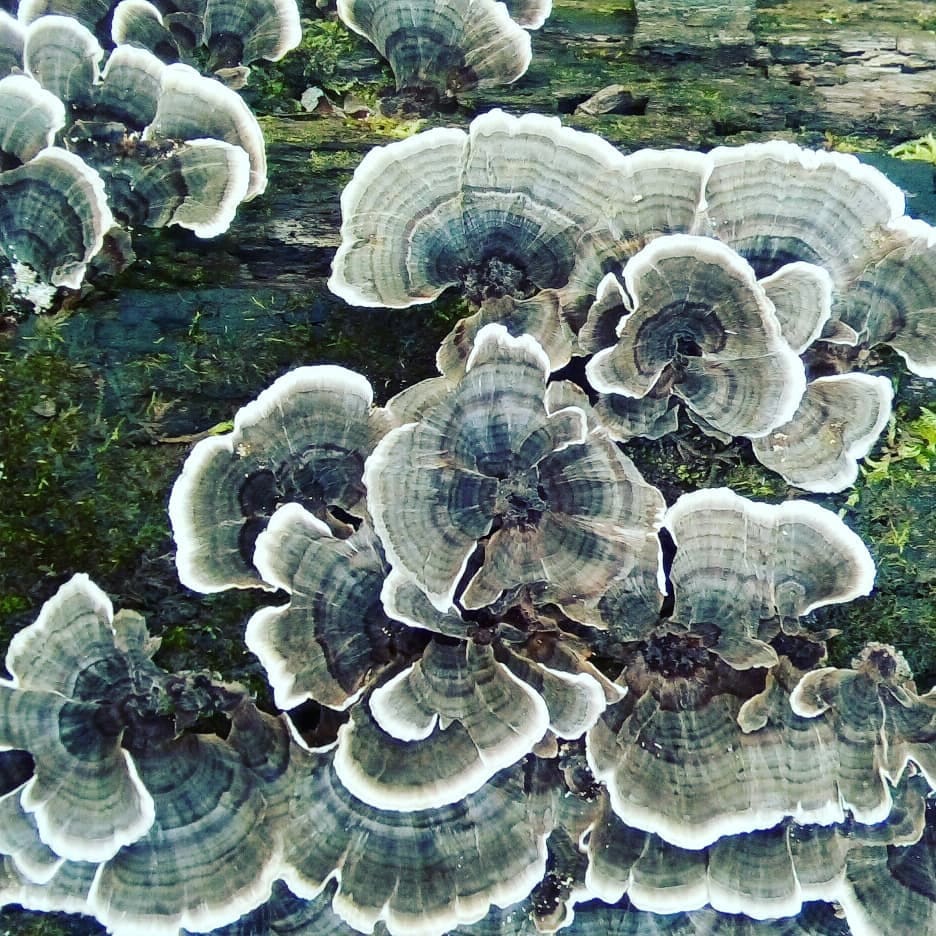 One of the most versatile and beautiful fungi in the forest, Turkey Tail ( Trametes versicolor) is a powerful adaptogen and immune booster. Turkey Tail has been used for thousands of years in Chinese medicine and is one of the most well-studied mushrooms on the planet. Turkey Tail contains polysaccharides and beta-glucans which boost the immune system, reduce immune system stress and boost energy. They also contain a variety of proteins, minerals, enzymes, and vitamins such as Vitamin D and B complex vitamins. Turkey Tail can help shorten the duration of a cold or flu, helps build probiotics in our bodies, helps lower blood pressure, blood sugar and has demonstrated the ability in laboratory tests to slow or inhibit the growth of cancer cells. Turkey Tail also is effective at reducing inflammation, thus an excellent supplement for arthritis and other chronic inflammatory conditions. 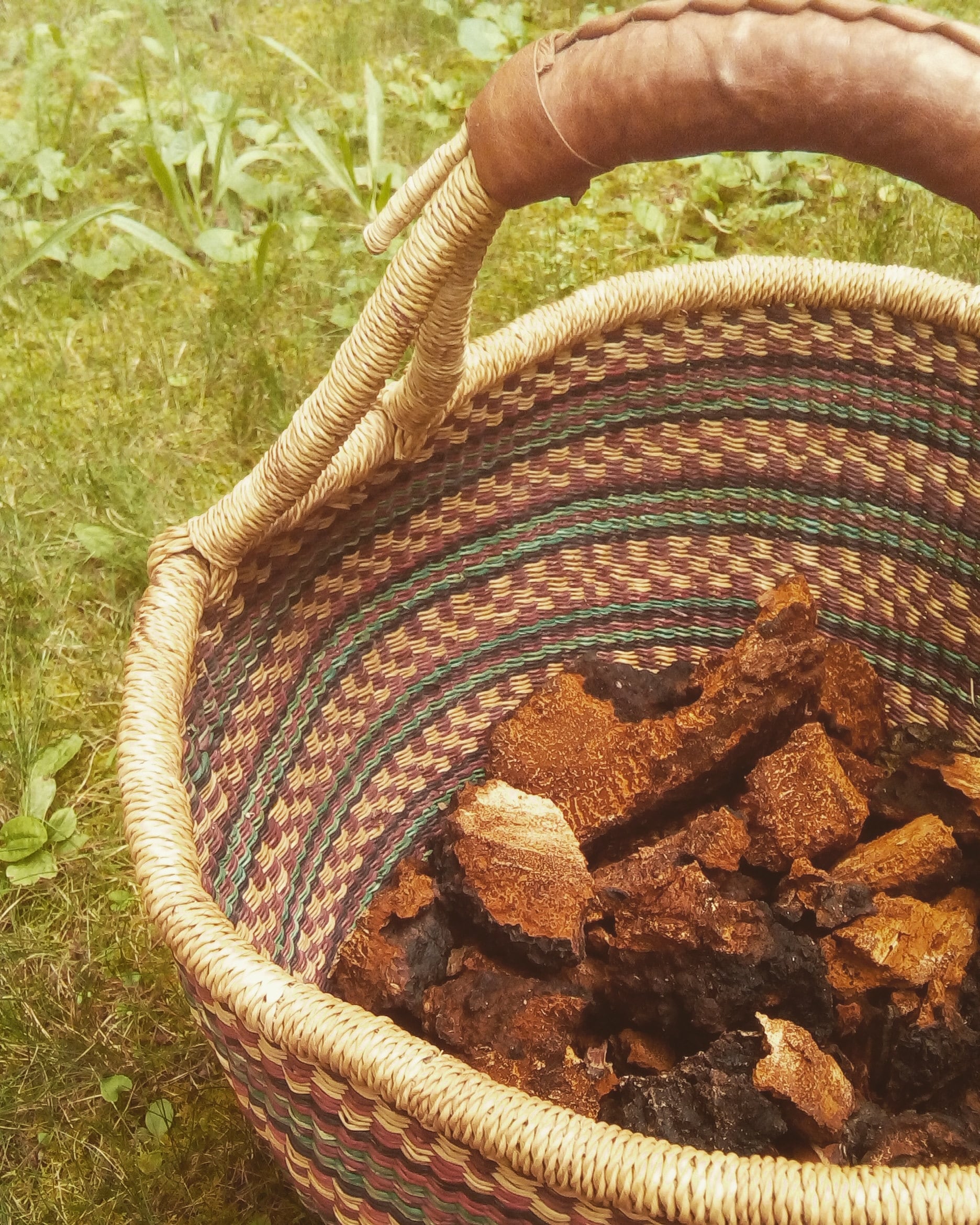 Chaga is a parasitic fungus found growing on Birch trees around the world.  Chaga contains a wide array of essential vitamins, minerals, and antioxidants, including B-complex vitamins, vitamin D, copper, zinc, iron, selenium, amino acids, rubidium, cesium, potassium, calcium, magnesium, and manganese. Many laboratory studies have demonstrated Chaga's ability to reduce inflammation, lower blood pressure and cholesterol, support the body’s immune system as well as prevent or slow the growth of cancer cells. Chaga is also gaining popularity as an adaptogen due to its myriad of health benefits. Chaga has been used for centuries in Eastern Europe and Russia, and for thousands of years by indigenous tribes of Siberia. After years of being an obscure folk medicine, modern studies have validated the virtues of this unique fungus. 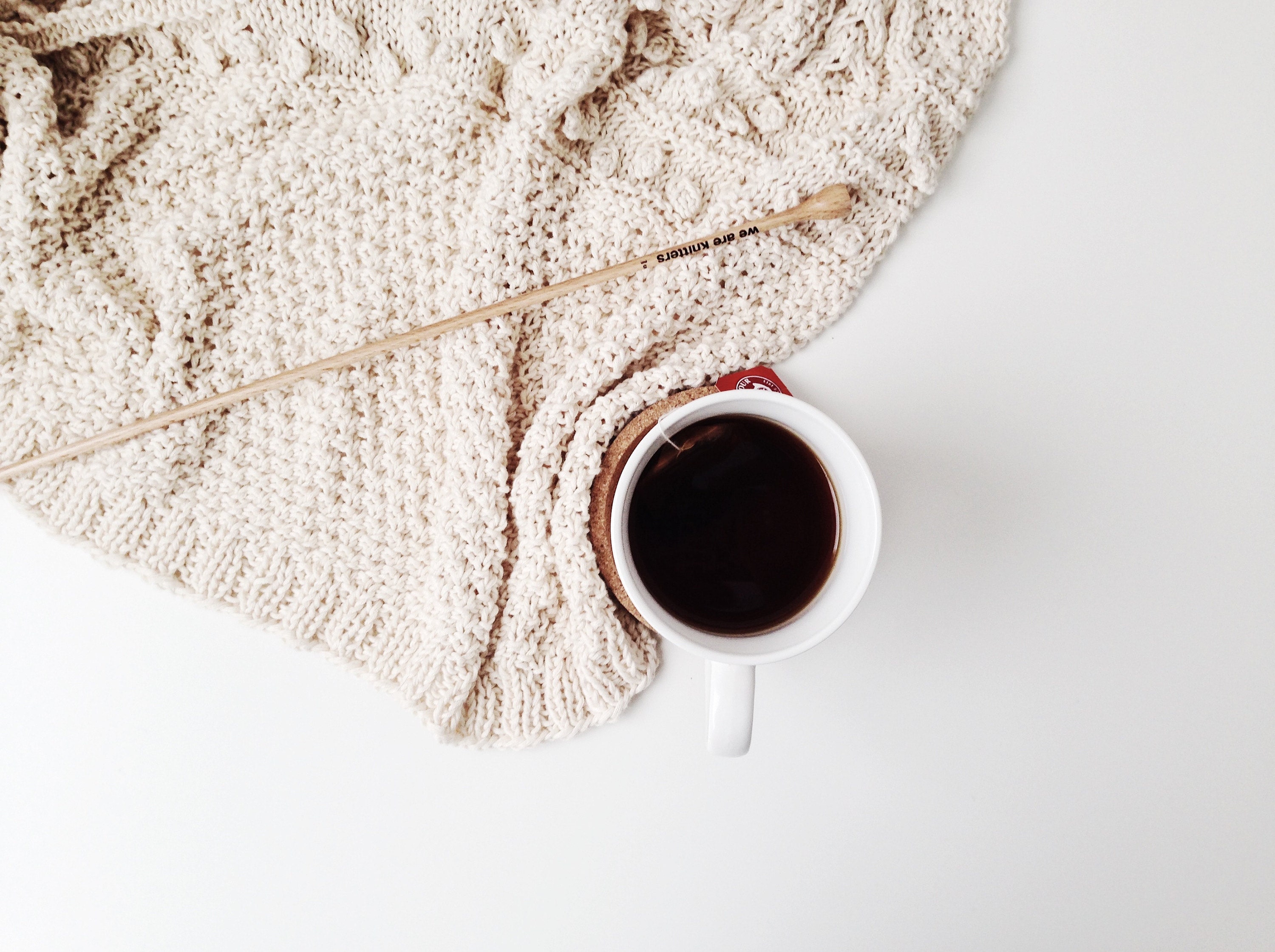 A general rule of thumb when making mushroom tea is to use 3-5 grams mushroom per quart or liter of water. Some mushroom teas are a bit of an aquired taste, but if you are not bothered by it, you can use more mushrooms.

Mushroom teas need to be simmered for a few hours so that the hard cell walls of the mushroom can break open and release all the beneficial compounds. Steeping the mushrooms in boiled water is ineffective. To get the true potential out of your mushrooms they must be simmered long and low- a crockpot or slow cooker works great for this and makes it a breeze.

Making large batches is a great idea when making mushroom teas since you may lack the time to make tea on a daily basis given the long cooking time. Stored in the fridge, a mushroom tea will stay fresh for a week or two. But you can also freeze the tea in ice cube trays for longer storage, and that way you can throw a couple cubes into a glass of almond milk or other beverage for the added nutrients.

You can always add other herbs and spices to your mushroom teas to modify the flavor to fit your tastes. Chaga tea is great with almond milk and nutmeg, or brewed with chai spices! If you are a coffee drinker, you can make your mushroom tea in advance and use it in the place of water when you brew your coffee for an added boost! Or use it in place of water or other liquid in a smoothie!

Stay tuned for more recipes using medicinal mushrooms in the near future! 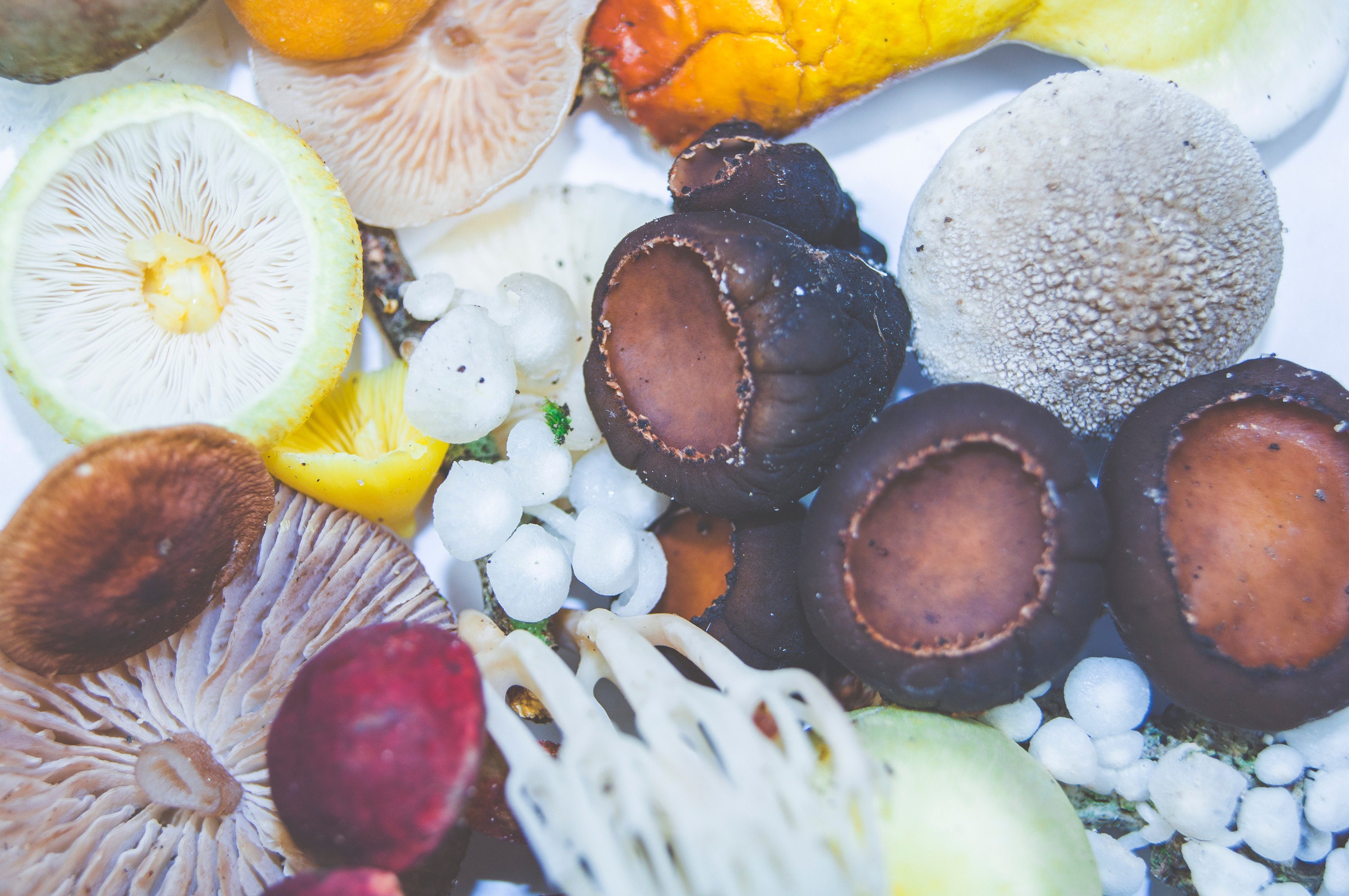 If you’d like to learn more about medicinal mushrooms, check out the following resources: